If a climate disaster is to be averted, we’ll have to move forward without relying as much on fossil fuels. It can be done. 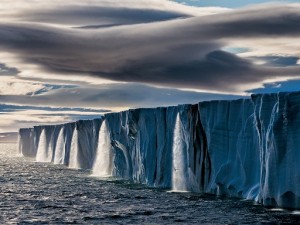 THIS YEAR COULD BE THE TURNING POINT. Laurence Tubiana thinks so. She’s a small, elegant, white-haired woman of 63. At a press briefing in a noisy restaurant near Washington’s Capitol Hill, she apologized for being incapable of raising her voice—which in a diplomat is no doubt an excellent quality. Tubiana is no ordinary diplomat: She’s France’s “climate ambassador,” charged with the greatest cat-herding project in history. For the past year and a half she has been traveling the world, meeting with negotiators from 195 countries, trying to ensure that the global climate confab in Paris this December will be a success—a watershed in the struggle against climate change. “This notion of a turning point—that’s super important,” Tubiana says.

There are at least 20 reasons to fear she will fail. Since 1992, when the world’s nations agreed at Rio de Janeiro to avoid “dangerous anthropogenic interference with the climate system,” they’ve met 20 times without moving the needle on carbon emissions. In that interval we’ve added almost as much carbon to the atmosphere as we did in the previous century. Last year and the past decade were the warmest since temperature records began. Record-breaking heat waves are now five times as likely as they once were. A large part of the West Antarctic Ice Sheet, scientists reported last year, is doomed to collapse—meaning that in the coming centuries sea level will rise at least four feet and probably much more. We’re already redrawing the map of the planet, especially of the zones where animals, plants, and people can live.

And yet there’s also an unmistakable trace of hope in the air. A lot of it is still just talk. China and the United States, the two largest carbon emitters, have announced a deal to reduce emissions. Six European oil companies say they’d welcome a carbon tax. A giant Norwegian pension fund has pledged to stop investing in coal. And the pope has brought his immense spiritual authority to bear on the problem.

But the reasons for hope go beyond promises and declarations. In 2014 global carbon emissions from fossil-fuel burning didn’t increase, even though the global economy was growing. We won’t know for years if it’s a trend, but it was the first time that had happened. One reason emissions were flat was that China, for the first time this century, burned less coal than the year before. And one reason for that was that the production of renewable energy—wind and solar and hydropower—is booming in China, as it is in many other countries, because the cost has plummeted. Even Saudi Arabia is bullish on solar. “The world is tipping now,” says Hans-Josef Fell, co-author of a law that ignited Germany’s renewable energy boom. It’s the kind of tipping point we want.

We’ve seen others. In the past half century we’ve created a world in which people on average live two decades longer than they did before, in which they cross oceans in a day with barely a thought, in which they communicate instantaneously and globally for barely a penny and carry libraries in the palm of their hand. Fossil fuels helped make it all possible—but by the second half of the 21st century, if a climate disaster is to be averted, we’ll have to be moving forward without them. Anyone who thinks we can’t complete that revolution doesn’t appreciate how utterly we’ve already changed the world. Anyone who thinks we won’t choose to complete that revolution—or at least not fast enough—well, that may turn out to be true. We’re on an unprecedented adventure whose outcome can’t be known and whose stakes couldn’t be higher. We’ve lived through other global transformations, but for the first time ever we’re trying to steer one, to secure a more hopeful future for the whole planet.

The late novelist E. L. Doctorow once described his writing process this way: “It’s like driving a car at night—you never see further than your headlights, but you can make the whole trip that way.” Fixing climate change is going to require improvisation like that. We don’t have to be able to see the whole road ahead to a happy end—but we do have to believe that we can get there. That’s what the negotiators will be trying to achieve in Paris. They’ve stopped thinking they can write a treaty that will bind every country to a specific quota for reducing emissions. Instead they’re looking for a way to “send a very strong signal to the business sector,” Tubiana says, to “create a self-fulfilling prophecy that the low-carbon economy is happening.” When we look back at 2015 from our warmer future, we’ll know if this was when the prophecy started to come true.