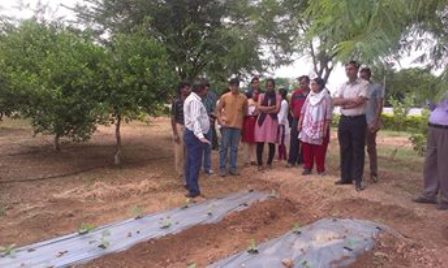 TARAgram Yatra brings together practitioners and policy makers from India and across the world to discuss germane issues of sustainability and identify what can we do more and different such that India transforms to a greener, more sustainable, resilient and inclusive nation.

This year, the Yatra attempts to link the imperatives of economic and social development with concerns of sustainability.   It looks at three major issues before us, rapid urbanisation, food security and local economy growth from the perspective of natural resource and climate constraints.

The three themes for the TARAgram Yatra 2015 are:

TARAgram Yatra 2015 will begin with an Inaugural panel discussion on 7th October 2015, followed by field visits for each respective theme during 8th & 9th October 2015. The participants from the field visits will be joined by practitioners, experts and policy makers for each theme on the morning of 10th October 2015 for Round Table Discussions deliberating on issues pertinent for transition. The Yatra will culminate with a Plenary on the afternoon of 10th October 2015 bringing together perspectives of investments required for India to meet its Post 2015 commitments.

We have a couple of seats available for each of the two trips to Bihar  and Orchha, exploring Energy Driving Low Carbon Local Economies and Building Resilience in Agriculture for Food Security. Travel and logistic costs will be taken care of by DA.